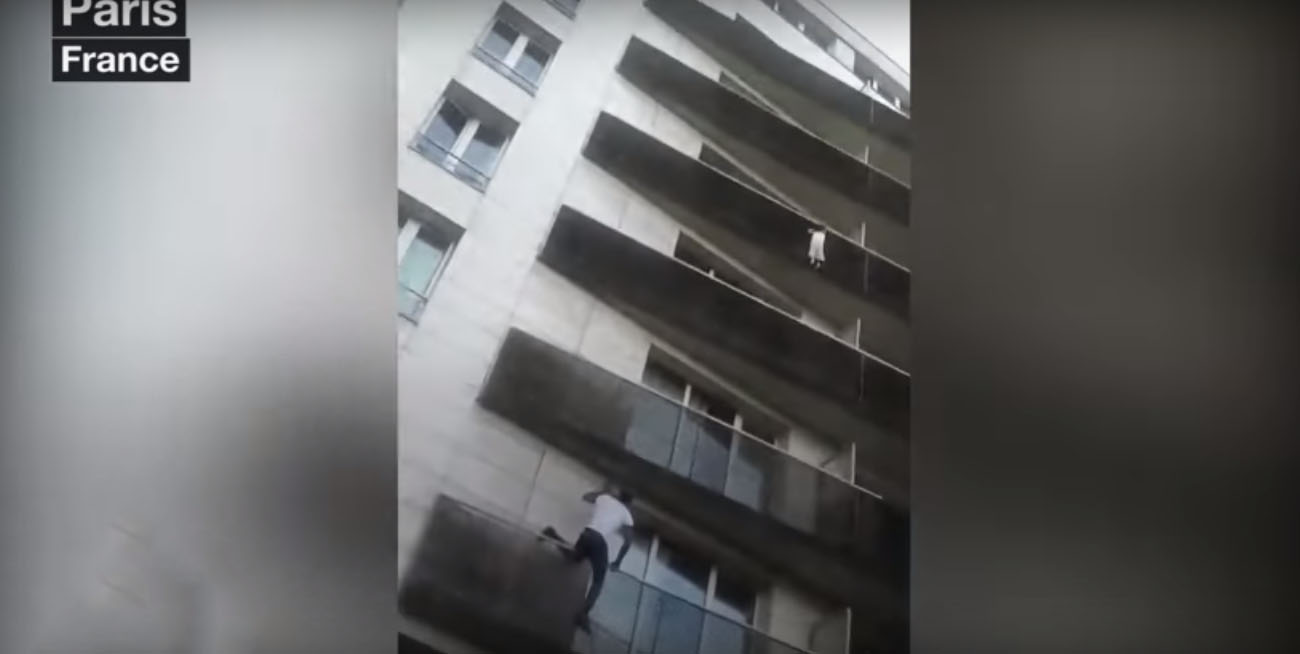 A Malian immigrant named Mamoudou Gassama was on his way to watch a soccer match at a local restaurant near the apartment where a child was hanging from the railing of the balcony. He saw the child in danger and took action by climbing the outside of the building, steadily going up many stories, from balcony to balcony until he was able to reach the child and pull him to safety. With onlookers recording the heroic act, Gassama has become well know through the viral video of his actions. He is known locally as “the Spiderman of Paris.”

French President Emmanuel Macron met with Gassama personally and conferred upon him with a medal of ‘bravery and devotion’ and awarded him honorary French citizenship along with a job in the Fire department (his dream job). When Gassama was asked about his mindset during the incident, he said, “There were people shouting and honking their horns … I didn’t think of anything, I ran across the road directly to save him. Thank God I saved him.”

Anne Hidalgo, the mayor of Paris, tweeted, “He explained to me that he had arrived from Mali a few months ago, dreaming of building his life here, I told him that his heroic act is an example to all citizens and that the city of Paris will obviously be very keen to support him in his efforts to settle in France.”