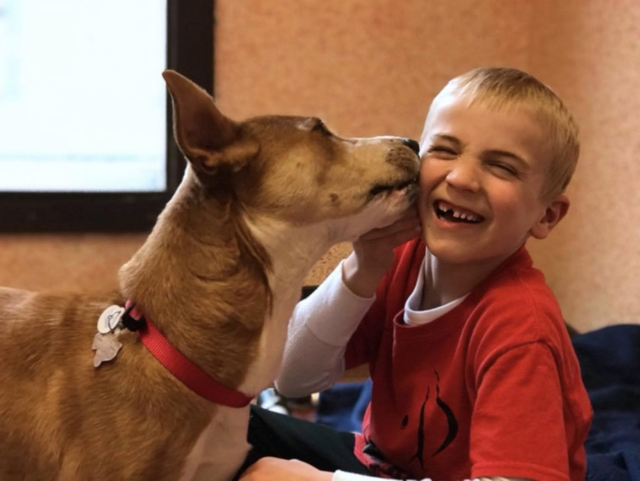 “In July of 2015 we adopted Luna from a Texas ‘kill’ shelter. I was sunk! I became heavily involved with volunteering at the local shelter,” Jennifer McConn writes on Facebook.

Then 4-year-old Roman McConn helped his mother, Jennifer, make videos about the adoptable dogs in their area. He would explain their breed, qualities, and why they need adoption. “I would joke with Texas Rescues about an underground railroad for dogs up to Washington because the world for a dog, generally speaking, was so much better up here in Washington than down there in Texas,” McConn told CBS News.

This joke laid the groundwork for their organization to help adopt and transport dogs to their new owners, known as Project Freedom Ride. “Project Freedom Ride now partners with multiple rescue shelters in Texas which save strays, unwanted dogs and dogs from kill shelters. The project helps those shelters find new families or shelters for the dogs in the Pacific Northwest.”

6-year-old Roman is still actively making videos, calling potential pet parents, and doing his best to save more dogs. To date he has helped save over 1,050 dogs, and we expect many thousands more in the future!