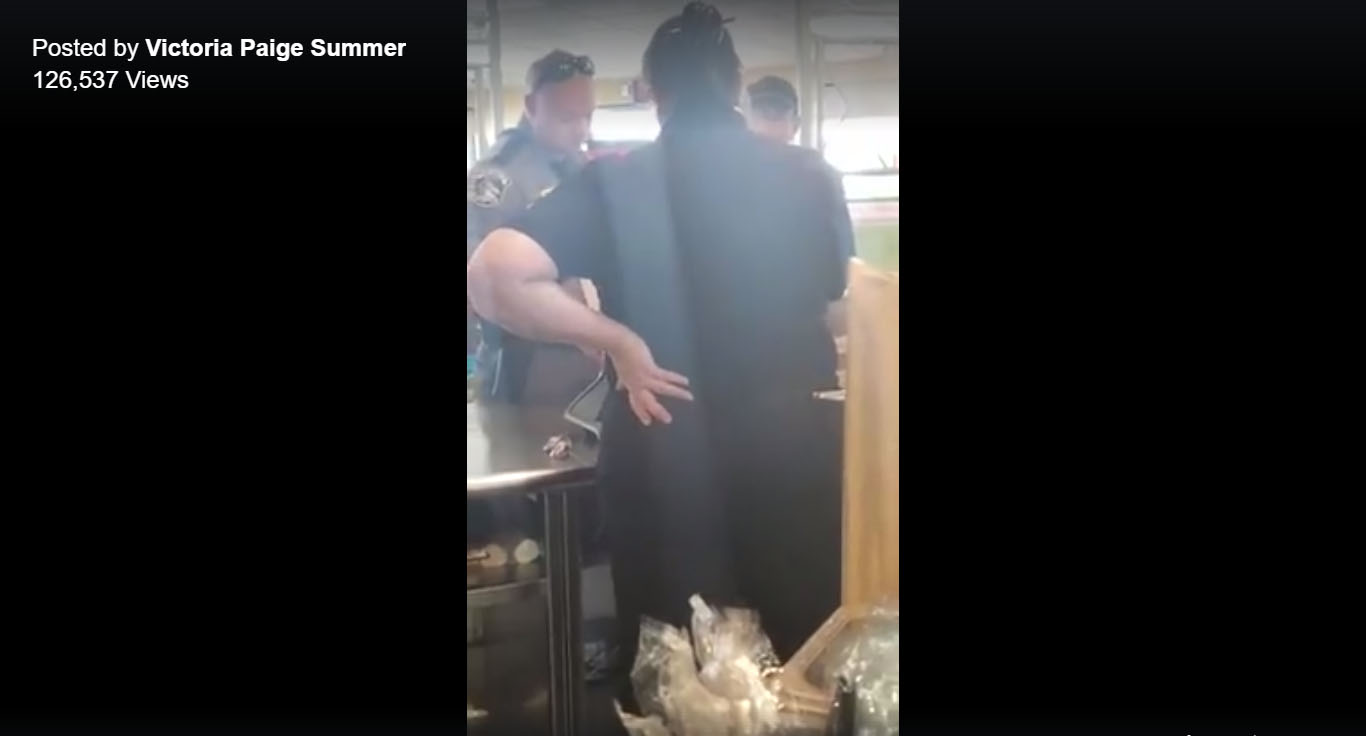 One of the employees at the Hardee’s, Victoria Paige Summer said she “was thrilled that the officer had so much compassion” and decided to take a video to capture the act of generosity. Victoria said, “Police were called to our restaurant today because a homeless man was asking people for their scraps to eat. This police officer bought the homeless man food and handled the situation amazingly! 💖💖”

A local resident has identified the homeless man as a veteran named “Donald.” They said that “he served in the Army from 1978-1981 then got out, worked in construction and then hit a wall which brought him to a point in his life that walked him down the road to homelessness … his family doesn’t talk to him and he’s the nicest guy.”